Trying to determine which wireless network to use for your IoT deployment can seem like an overwhelming task. Between cellular, private LTE, mesh WiFi, Bluetooth, just to name a few – they all have their pros and cons when comparing reliability, scalability, security, and implementation costs.

There are a few low-power networks which include cellular technology using licensed spectrum. These are great cost-effective networks with thousands of compatible devices. Other LPWAN technologies use unlicensed radio band like what we will discuss in this article. These being in the unlicensed spectrum provides more custom development options for enterprise-level IT and OT networks.

LPWAN or Low-Power Wide-Area Networks are designed to connect low-bandwidth IoT devices such as sensors and asset tracking devices to the cloud. These devices are typically powered by battery and transmit intermittent data over long distances. When planning to deploy a low-power network there are many things to take into consideration. How many devices will connect to the network, the location of the devices, and will the devices be moving or stationary are just a few preliminary questions. Other factors such as speed, latency, and budget will play an important role in deciding which LPWA network will be the most suitable for your deployment.

Bluetooth Low Energy (LE) radio is one of many solutions for low power operation. Data is transmitted over 40 channels in the 2.4GHz unlicensed ISM radio spectrum at rates of up to 3.5Mbit/s. Bluetooth LE is so versatile network topologies can now be either point-to-point, broadcast, or mesh networks. It also is controlled by Bluetooth Special Interest Group (SIG) allowing members to create their own products and applications. This non-profit organization gives companies the flexibility to build products for a variety of markets.

With the release of Bluetooth LE, mesh networking opened a window of opportunities to deploy large-scale smart warehouses and manufacturing networks. By offering a full-stack solution, these networks could contain thousands of sensor nodes, asset tracking, and other IoT devices in a single deployment. Furthermore, devices can have a range from less than a meter to just over a kilometer, depending on the device frequency and environment.

Since Bluetooth has become a trusted industry standard wireless technology it very well can be a suitable solution for a wide range of markets. Although there is extensive development and integration needed to setup a Bluetooth mesh network, the result can be a long-term, scalable, and reliable solution.

LoRa operates in the unlicensed industrial, scientific and medical (ISM) radio spectrum between 433 and 923 MHz radio frequency bands. The band in which it uses depends on the device operating conditions and country regulations. The broadcast range of LoRa is much further than Bluetooth LE reaching distances of up to 5 km (3 miles) in cities with maximum distances of up to 15km (10 miles) in rural areas. It can achieve data rates between 0.3 and 27 kilobits per second.

Although LoRaWAN is proprietary and maintained by the LoRa Alliance, it is open for the public to use and deploy private networks. As LoRa continues to gain recognition in various markets, more certified off-the-shelf devices and vendors are becoming available for easier deployment.

Within the unlicensed spectrums many other companies have developed lightweight protocols and ways to transmit low bit rate data wirelessly for low power consumption. Although these technologies can be effective, there are pros and cons of each solution. Determining which connectivity solution is the best will depend on various factors of your IoT deployment. We recommend working with an IoT solutions provider like Datablaze. A solutions provider will have the knowledge of these connectivity options and help plan, develop, and deploy a cost effective, reliable IoT network. 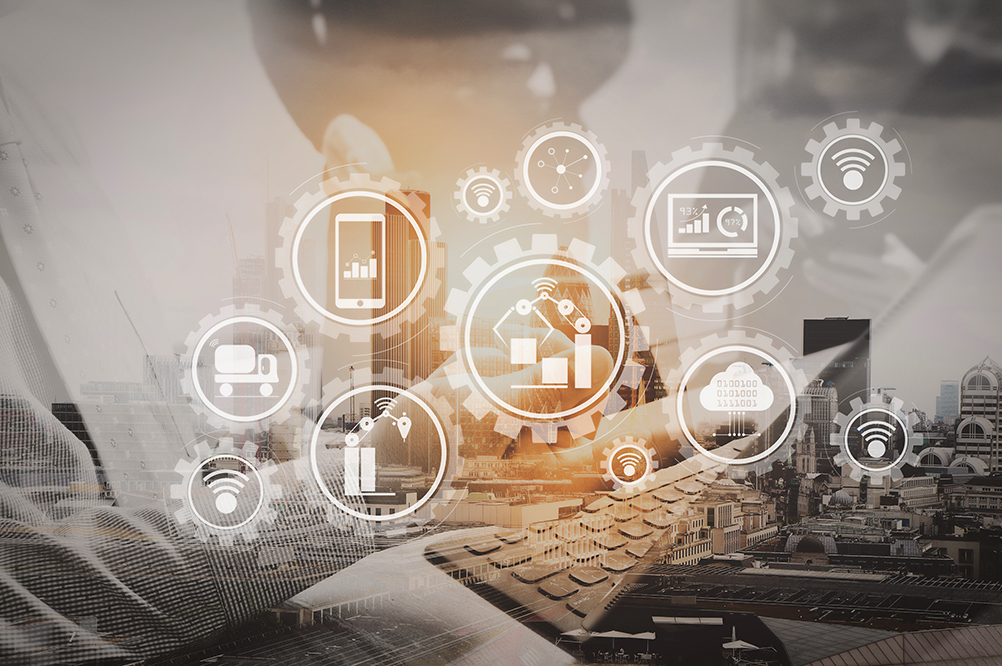 The global IIoT market is estimated to reach $103.38 billion by 2026 as IoT devices are becoming more affordable and more manufacturers are investing in smart factory technology. One of the key

Did you know there are cellular networks specifically designed for M2M and IoT devices? As more wireless devices are connected to the Internet major carriers are providing cost-effective wireless connectivity solutions for businesses. The

The creation of the Internet of Things was a game-changer for most industries, and more recent developments have enabled businesses to increase production, collect in-depth